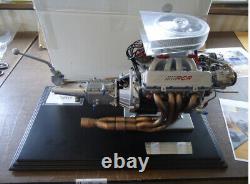 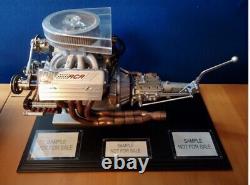 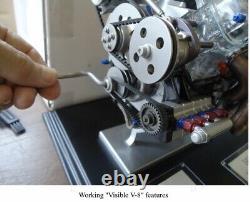 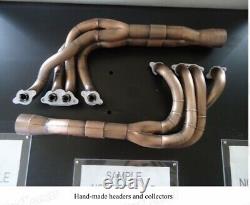 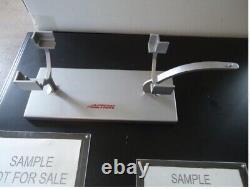 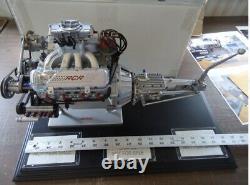 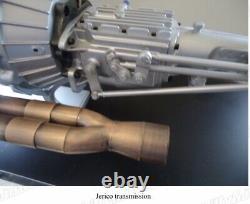 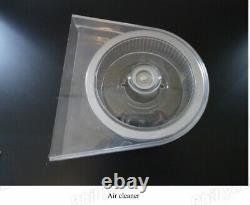 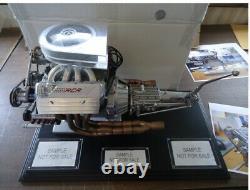 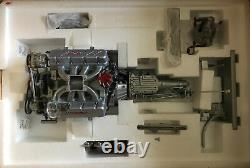 /Childress NASCAR Aluminum V-8 Engine 1:4 Scale NEW IN BOX!! Photos of completed model are from an identical model. This is a rare, extra-large, museum-quality, ¼-scale die-cast replica Richard Childress V-8 motor that Dale Earnhardt, Sr. Raced in the NASCAR Winston Cup series in 2001. It comes in the original factory box, with factory mount and base.

The model has never been displayed. Thus, it has no damage from UV radiation of the sun or fluorescent lights. Limited Edition : #1026 of 3,500 in the Signature series.

Hand-built with over 400 parts. Most are finely machined aluminum. Thus, this thing weighs a ton and takes two hands to hold safely. Unique Features you wont find in almost any other engine model.

Removable air cleaner assembly with paper filter inside. Stainless steel braided fuel and oil lines. This is a Working Model: The valve cover and intake manifold have clear sections to look through as you crank the engine (by hand with a removable crank) and see the piston and valves for the No. Youll also watch the clutch spin and see the belts, pulleys and accessories rotate (even the 6-port scavenge oil pump).

Side note: Dale died in February of 2001 so this was the last motor he used and was released one year later. The item "Dale Earnhardt Sr. /Childress NASCAR Aluminum V-8 Engine 14 Scale NEW IN BOX" is in sale since Sunday, June 6, 2021. This item is in the category "Toys & Hobbies\Diecast & Toy Vehicles\Cars\ Racing, NASCAR\Sport & Touring Cars". The seller is "dang_nastycar" and is located in Newfoundland, Pennsylvania.